Excessive vaginal bleeding during menstruation or vaginal bleeding between periods signifies a possible problem in a woman’s reproductive system. Abnormal bleeding should be diagnosed and solved as soon as possible, not only because it could be a symptom of a serious condition, but because the bleeding itself could cause further problems.

Safety First
At Academia, our first task is to check for, and control, anemia.

Frequent or abnormally heavy blood loss can result in a significant loss in red blood cells. Red blood cells carry oxygen and iron through the body, and dispose of carbon dioxide. Therefore, women who have become anemic can suffer from constant fatigue, dizziness, lightheadedness, and/or fainting spells, as well as an increased risk of heart problems.

Finding the Cause
Many gynecologic and non-gynecologic conditions can result in abnormal vaginal bleeding. We talk with the patient to explore her personal and medical history for clues. Have there been any recent changes in medications? Does bleeding occur during or after sexual intercourse? Is the patient ovulating regularly? Is she a teenager who has always had heavy periods? Is she menstruating at regular intervals? Has her menstrual flow decreased? Is she pregnant? Does she have a sexually transmitted disease?

To find the source of the problem, I addition to attentive review of histories, our evaluation may include:

Treatment
Depending on the cause of abnormal vaginal bleeding and patients reproductive and life goals, treatment may vary. At Academia, treatment options include:

One Final Note
Depending on the diagnosis, the cause of abnormal vaginal bleeding can lead to serious disease, including uterine cancer, if left untreated. If you suffer from heavy vaginal bleeding or spotting, please see your doctor – the sooner the better.

Of course, you are warmly invited to make an appointment with Dr. Assia Stepanian at Academia of Women’s Health & Endoscopic Surgery. We are uniquely equipped to diagnose and treat all forms of gynecologic problems. Our offices are remarkably beautiful and comfortable, and our approach is compassionate, holistic, complete, and minimally invasive.

What Are We As Women? 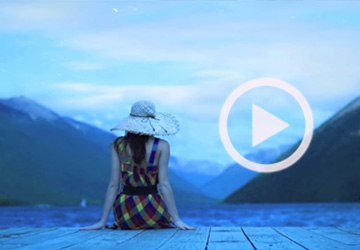 Dr. Assia Stepanian grew up in Moscow, the daughter of two illustrious physicians. In fact, much of her training was supervised by her mother, Dr. Leila Adamyan, the developer of some of the most advanced techniques and classifications used today in the practice of Minimally Invasive Gynecologic Surgery.